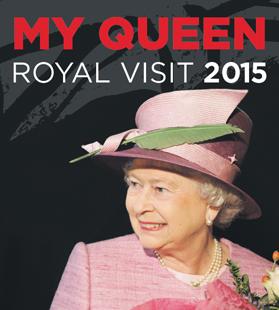 As Queen Elizabeth starts her three-day state visit to Malta today, which could possibly be her last, the Times of Malta is publishing more recollections of her previous visits to Malta submitted by our readers. Keith Micallef also reports on the story of twin sisters Edith and Elizabeth, who featured on a British Pathé newsreel 66 years ago. 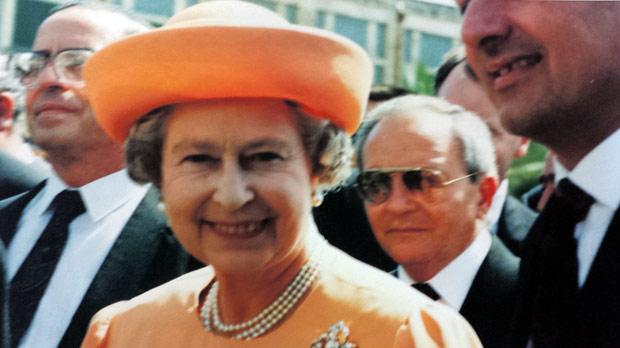 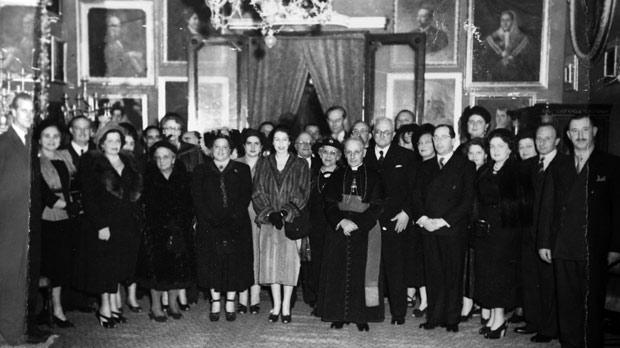 In 1949, the then Princess Elizabeth with Prince Philip, Duke of Edinburgh, met Maltese nobility at a function in Villa Apap Bologna in Attard. The building is now the official residence of the US Ambassador to Malta. On the far left is Prince Philip, while left of the Princess at the centre of the photo is Mary Evelyn Chapelle, Countess Ciantar Paleologo. Mgr. Michael Gonzi is right of the Princess. The couple met Maltese noble families again 18 years later, this time at the Palace in Valletta on their first state visit to Malta post-independence. Photo: Carlo Lamanna Chapell 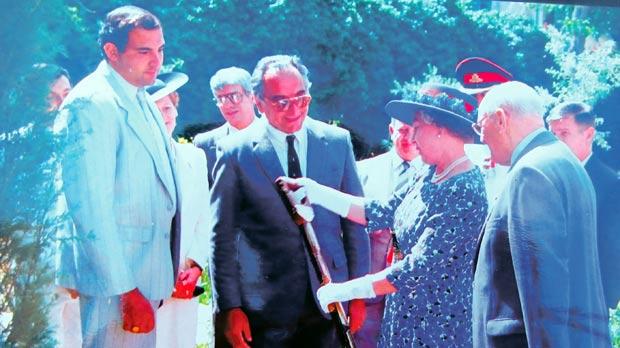 Queen Elizabeth II at San Anton Gardens on May 25, 1992, inspecting the ceremonial spade, which has been used since 1901. The spade carries small brass plates bearing the names of all dignitaries who have planted a tree to commemorate their visit. The then manager of Malta’s Public Gardens, the President’s Gardens and Afforestation, Dr. Joseph Borg, right of the Queen, recounts how she remarked that “engraving today’s date on the same brass plate would do”, as it had quite a lot of plates already. Photo: Dr Joseph Borg 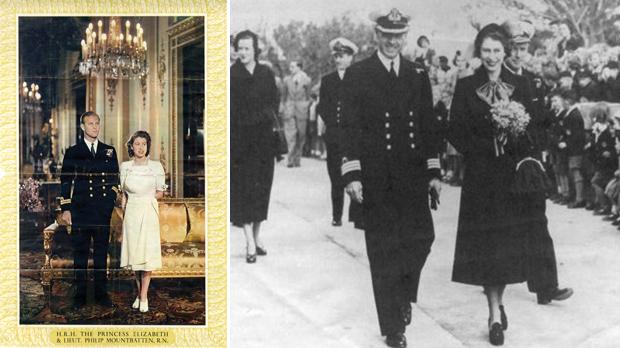 A poster of the royal couple probably issued before their marriage, which took place in 1947, once the King had granted Philip the style of His Royal Highness and the title of Duke of Edinburgh. Photo: Joseph A Farrugia. Right: Princess Elizabeth, accompanied by Captain Miles, being greeted by students from the Verdala Royal Nautical School and Tal-Ħandaq pupils assembled at Corradino Canteen, which was reopened following repairs to war damage in 1949. Photo: Peter Miles, son of Captain Miles 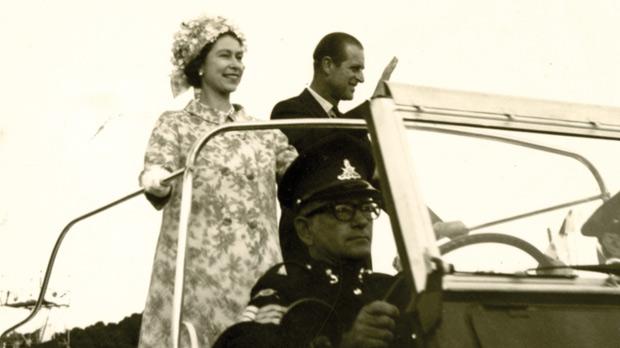 In 1967, primary school teacher Gertrude Isabel Formosa took a series of photos during the Queen’s state visit. The close-up photo was taken in Floriana, where the royal couple saluted the crowds from their Land Rover, while the other (below) was taken in Paola, where primary school children lined up near the prison to salute the monarch. Photos: Gertrude Isabel Formosa 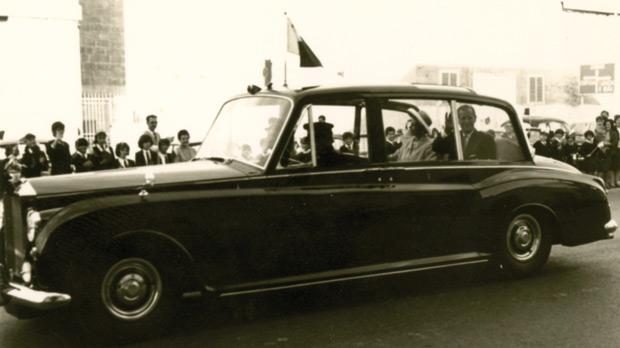 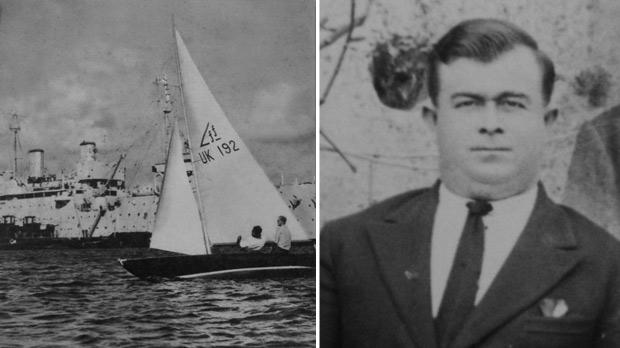 During his stay in Malta between 1949 and 1951, when he was stationed in Malta as a naval officer, the Duke of Edinburgh used to go yachting quite often. One such occasion was the presentation of Flying Fifteen yacht Coweslip, presented to him by the people of Cowes. The photo shows Maltese boatman Paul Vella accompanying the Prince, with HMS Fort and a submarine in the background. Photos: Rachel Vella 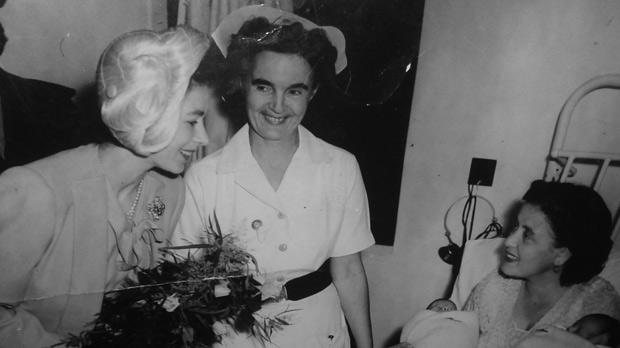 The Duke, the ship and the twins

Chief Petty Officer Arthur Frederick Harvey served on the destroyer HMS Chequers with the Duke of Edinburgh when the latter was stationed in Malta between 1949 and 1951. The royal couple used to reside in Villa Gwardamangia, Pietà. 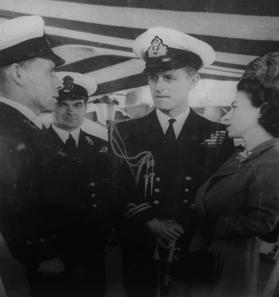 Eight days after his wife had given birth to twin girls, Mr Harvey asked the Duke for special leave to be able to visit his wife, Jessie, at the King George V Hospital in Floriana (now known as Sir Paul Boffa Hospital). Mr Harvey had filed his request in the presence of Princess Elizabeth, who had visited the ship. To his great pleasure, apart from being granted some time off, the Princess promised him that she would repay his loyalty to the crown by visiting the twins herself.

A few days later, the Princess unveiled four commemorative plaques at the foot of the war memorial in Floriana in a ceremony commemorating the valiant contribution of the Maltese people during World War II. She then headed for the KGV Hospital, where she made it a point to visit Jessie Harvey.

This moment was also captured on the British Pathé newsreel which was broadcast around the globe, and is nowadays available on YouTube under the heading Princess honours Malta’s war dead. Unsurprisingly one of the twins was named Elizabeth and would have been invited for an audience with the Queen in the coming days, were she not abroad.

Editorial note: The Times of Malta would like to thank all those readers who responded to our call and provided us with their photos, memorabilia and recollections, which are a testament to the Queen’s strong bond with this island. Due to the huge feedback, unfortunately not all the material received could be published.