Over 4,000 people, several heads of government, heading to Malta for migration, CHOGM summits 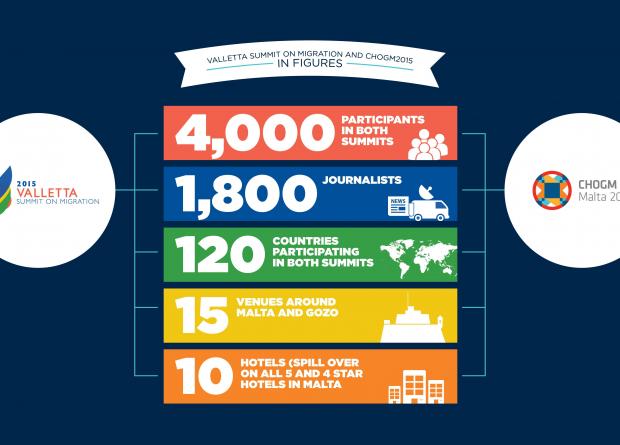 More than 4,000 people, including several top world leaders are expected in Malta for the upcoming EU-Africa Migration summit and the Commonwealth Heads of Government Meeting.

Some 43 heads of government, including the heads of 26 EU member states, have confirmed their attendance to the Valletta Summit on Migration which will be held between November 11 and November 12.

Latvia and Croatia are the only two countries so far which have not confirmed their heads of state, though they will be represented, according to a media briefing given this morning.

Eighteen African heads of state have also confirmed their attendance.The summit was called in the wake of the migrant crisis which hit Europe this year. 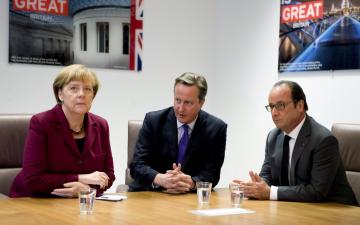 Angela Merkel, David Cameron and Francois Hollande are among the three leaders expected for the migration summit.

Discussions among participants will focus on five specific areas: addressing the root causes by working to help create peace, stability and economic development; improving work on promoting and organising legal migration channels; enhancing the protection of migrants and asylum seekers, particularly vulnerable groups; tackling more effectively the exploitation and trafficking of migrants and working more closely to improve cooperation on return and readmission.

Over 3,000 official delegates have also confirmed their participation in the different forums that will be organised. Over 4,000 people are expected to attend each summit. This excludes the 2,000 journalists who are expected to cover the events.

The Valletta Summit will be held in the Mediterranean Conference Centre. Two other venues, Auberge de Castille and Fort St Elmo are also expected to be used during the summit. The latter will serve as a media centre.

CHOGM will be based mainly at the Radisson Golden Sands, Għajn Tuffieħa but will include several different hotels and venues across Malta and Gozo, including Ħagar Qim and Fort St Angelo.

It also invited the 25 African States party to the Rabat Process.