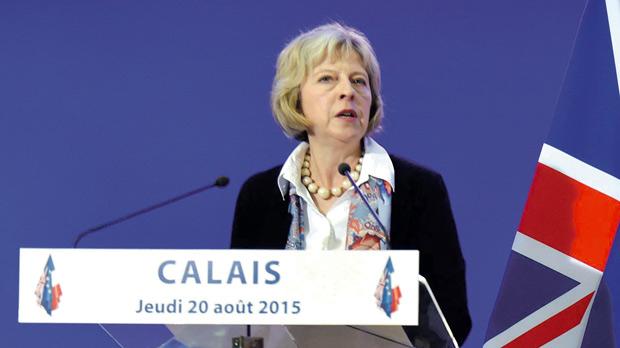 A surge in migrants fleeing war and poverty has presented Europe with its worst refugee crisis since World War II and claimed the lives of thousands of people making perilous sea and land journeys to the continent.

Writing in The Sunday Times newspaper, May said the Schengen border code which eliminated systematic frontier controls across much of Europe, but which Britain is not part of, had fuelled the migrant crisis.

“The events of this summer have shown that the most tragic consequences of a broken European migration system have been borne by those at risk of exploitation,” May wrote.

“As countries in Europe are increasingly realising, these tragedies have been exacerbated by the European system of no borders.”

“When it was first enshrined, free movement meant the freedom to move to a job, not the freedom to cross borders to look for work or claim benefits,” May said. “We must take some big decisions, face down powerful interests and reinstate the original principle.” As an island nation off northwest Europe, Britain is far from the frontline of the EU-wide crisis that has seen hundreds of thousands of migrants and refugees pour into the bloc this year via countries like Italy, Greece and Hungary.

But migration is a politically sensitive topic. Data on Thursday showed annual net migration to Britain hit a record high of 330,000, causing political embarrassment for Prime Minister David Cameron, who in 2010 promised to reduce it below 100,000.